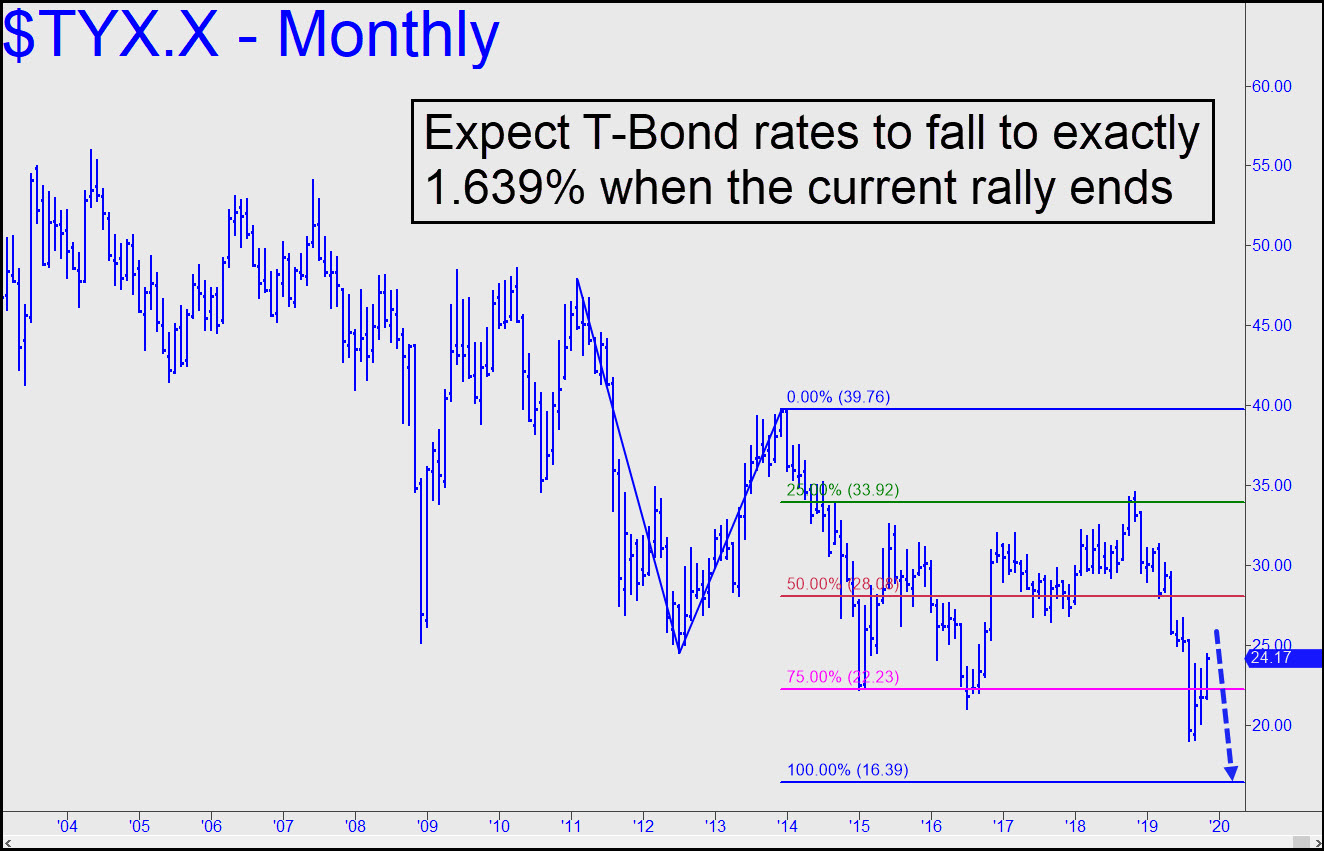 Although some notable long-term bond bulls are close to throwing in the towel as U.S. Treasury yields continue to climb, the chart suggests the bull market begun nearly 40 years ago still has farther to go.  Yields on the long bond settled Friday at 2.41%, up from 1.90% in August, while T-Notes have gone from 1.43% to 1.93% over the same time. The rallies have been impressive if not to say scary, since they have subjected hundreds of trillions of dollars of borrowings to a deflationary turn of the screw. The burden of debt promises to lighten before it becomes fatal , however, when the uptrend in interest rates reverses.

Is This a Good Thing?

Hidden Pivot analysis says relief could come soon, with the 10-Year topping at 1.984% and the 30-Year at 2.477%. How far might they fall thereafter?  My forecast calls for major lows at, respectively, 0.84% and 1.64%. This implies that the negative-rate weirdness of Europe will not afflict U.S. debt. Is this a good thing? Don’t ask the ‘experts’, because they don’t understand negative yields any better than the news media hacks who write about it.  Sub-zero yields reflect the central banks’ increasingly desperate efforts since the 1990-91 recession to avoid a catastrophic deflation. Predicting they will fail is not exactly rocket science, even if not one observer in a hundred expects this.